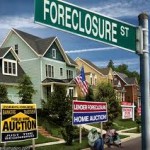 Today the United States filed a civil complaint against UBS AG and several of its United States affiliates (together, “UBS”) in federal court for the Eastern District of New York.

The complaint alleges UBS defrauded investors contributing to the 2008 financial crisis, “which resulted in lasting economic harm to the nation and unnecessary suffering for Americans”.

The complaint alleges that UBS’ fraudulent actions were based on “mail fraud, wire fraud, bank fraud, and other misconduct.”

As detailed in the complaint, UBS knowingly misrepresented key characteristics  of the loans, thereby concealing the fact that the loans were much riskier and much more likely to default than UBS represented.

While the complaint seems to allege that the UBS conduct “harmed homeowners”, it is apparent from the massive number of foreclosures that conduct alleged against UBS also resulted in catastrophic losses for homeowners.

Included in the tables filed with the complaint are many of the alleged false representations, including the following (not all inclusive):

False Representation That All Loans Complied With Underwriting Guidelines

False Representation That All Loans Applied With Applicable Law:

“The transferor will represent that as of the closing date, each loan is in compliance with applicable federal and state laws and regulations.” (S-25)
“All loans submitted for consideration are subject to review for compliance with UBS Home Finance guidelines, the applicable product matrix, as well as with local, state, and federal mortgage lending requirements.” (S-32)